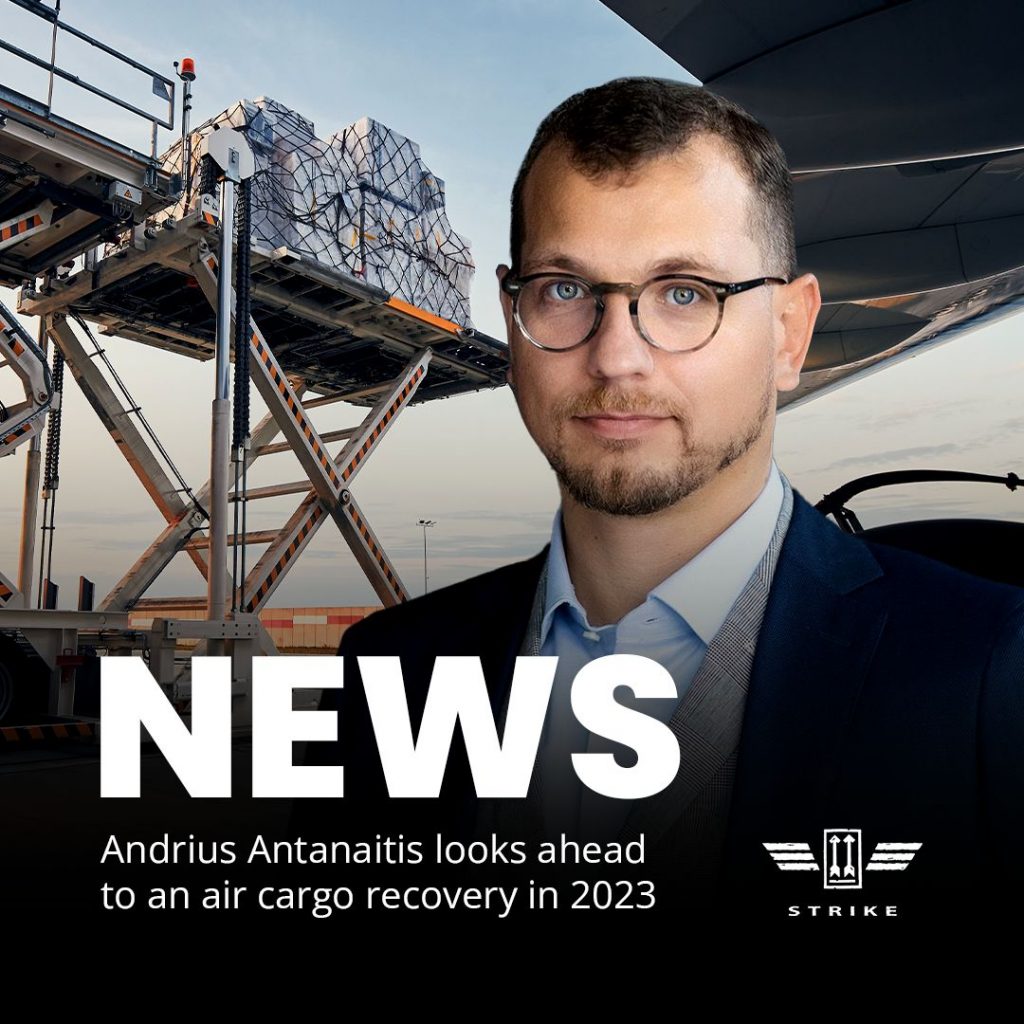 GSSA Strike Aviation is expecting that the air cargo market will pick up in the second half of the year following a tough opening six months.

The company said that it expects the market slowdown experienced last year to continue in the first part of the year, although it does not expect this slowdown to become a crisis for the industry.

Andrius Antanaitis, director of business development for Europe, said: “In the second quarter of 2023, positive changes are already expected in the market, provided there are no unforeseen major economic issues.

“Strike Aviation is quite well prepared for this slowdown [currently being experienced], so we believe that we will be able to resist the market challenges, and in the second half of 2023, we will recover.”

Antanaitis pointed out that in November of last year the company won a new contract with fast-growing cargo carrier Amerijet to provide GSSA services.

In addition, Strike Aviation’s division in Germany has begun freighter flights from Belgium to India, which is a “new promising niche”.

Antanaitis also pointed to Tiaca’s outlook for the year, which also predicts that the market could improve in the second half of the year.

Looking back on last year, Strike Aviation saw its revenue grow by around 20%, in part due to inflation-related price increases.

However, revenues were down around 30% year on year in December as the market deteriorated and the peak season failed to materialise.

“While the beginning of 2022 was a record-breaking, there were major economic shocks due to the war in Ukraine and the energy crisis that had serious implications for the whole global market,” said  Antanaitis.

“There have already been significant changes in the market during the Covid-19 pandemic, but 2022 brought even more unexpected challenges.

“The whole year was difficult, and at the end of it, the air cargo sector has sort of put the brakes on.”

After two years of highly successful virtual events, the World Cargo Summit will go live. The three-day conference will be held at the Hilton Abu Dhabi Yas Island from January

Andrius joined Strike 14 years ago, which marks the time when the company took its first steps in the Baltic countries and Poland.

Strike Aviation is expecting that the air cargo market will pick up in the second half of the year following a tough opening six months. Notice: Trying to access array offset on value of type null in /home/customer/www/strike.aero/public_html/wp-content/plugins/elementor-pro/modules/nav-menu/widgets/nav-menu.php on line 1446
Menu